Would Pornography Still Be Harmful if it Wasn’t Addictive?

Warning: Use of undefined constant type - assumed 'type' (this will throw an Error in a future version of PHP) in /home/devftnd/public_html/wp-content/themes/salient-child/ftnd-shortcodes.php on line 291

Warning: Use of undefined constant type - assumed 'type' (this will throw an Error in a future version of PHP) in /home/devftnd/public_html/wp-content/themes/salient-child/ftnd-shortcodes.php on line 292

Warning: Use of undefined constant type - assumed 'type' (this will throw an Error in a future version of PHP) in /home/devftnd/public_html/wp-content/themes/salient-child/ftnd-shortcodes.php on line 295

Warning: Use of undefined constant type - assumed 'type' (this will throw an Error in a future version of PHP) in /home/devftnd/public_html/wp-content/themes/salient-child/ftnd-shortcodes.php on line 298

Unfortunately, if this were the case, pornography would be as lowkey of an issue as over-consumption of junk food or social media. Though they may not always be the healthiest, they can be a part of your life in small or healthy doses and not have a devastating effect.

Instead, what science and research find is that pornography does not appear to be something that can be apart of your life in a small or healthy way without having negative effects.

So what is it that sets pornography apart from social media or junk food?

Let’s take a look at three reasons why even if pornography wasn’t addictive, it can still be harmful to individuals and our society.

In real life, sexual violence and incest are not only seen as unacceptable, but are straight-up illegal. So why is it acceptable to romanticize these things?

Consider this scenario: if you fantasized about being openly racist and violent against someone specifically because of their race, would that be a healthy or acceptable simply because you weren’t doing it in real life?

Of course, thinking about something and doing something are very different, but thoughts and beliefs influence attitudes, and attitudes influence actions. This doesn’t mean anyone who fantasizes about rape or violence will absolutely commit those crimes, while it is to say that filling your mind with content that fantasizes acts of violence and incest can normalize those kinds of attitudes and behavior.

But not only this, pornography fuels sex trafficking because they are often the same thing.

Though that might make you feel better, the more research is coming out about the industry, the more society is learning that there truly is no ethical way to consume pornography.

As seen before, it’s not just amateur pornography that can be linked to trafficking, it can be well-known distributors and producers. Likewise, there is no actual way to know if a performer, no matter how famed, truly wants to be there and why they ended up there.

Even if every performer you see does, in fact, want to be there, and loves their job, pornography still sexualizes and objectifies people, gives unrealistic expectations for sex, and harms relationships, and lastly, can absolutely lead to a very real compulsion addiction.

November is here. Are you ready to take up the challenge?

For those reading this who feel they are struggling with pornography, you are not alone. Check out our friends at Fortify, a science-based recovery platform dedicated to helping you find lasting freedom from pornography. Fortify now offers a free experience for both teens and adults. Connect with others, learn about your compulsive behavior, and track your recovery journey. There is hope—sign up today. 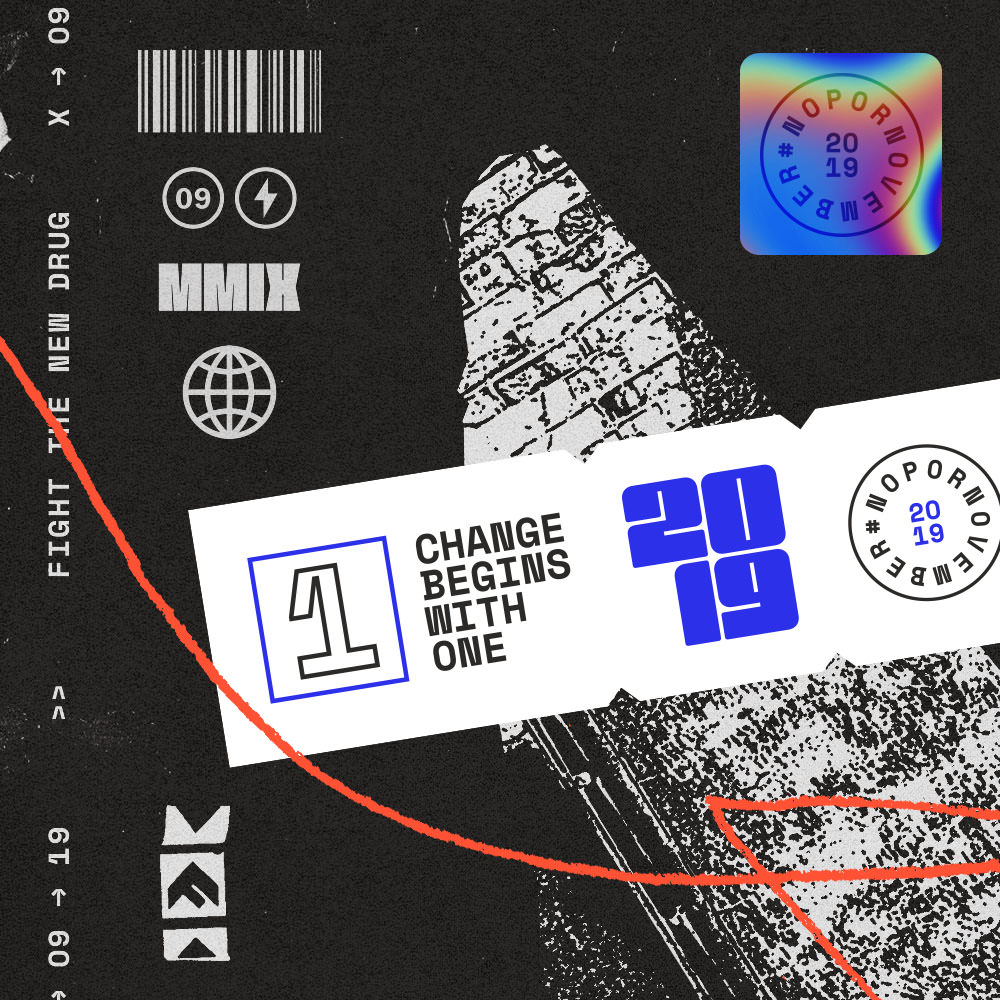